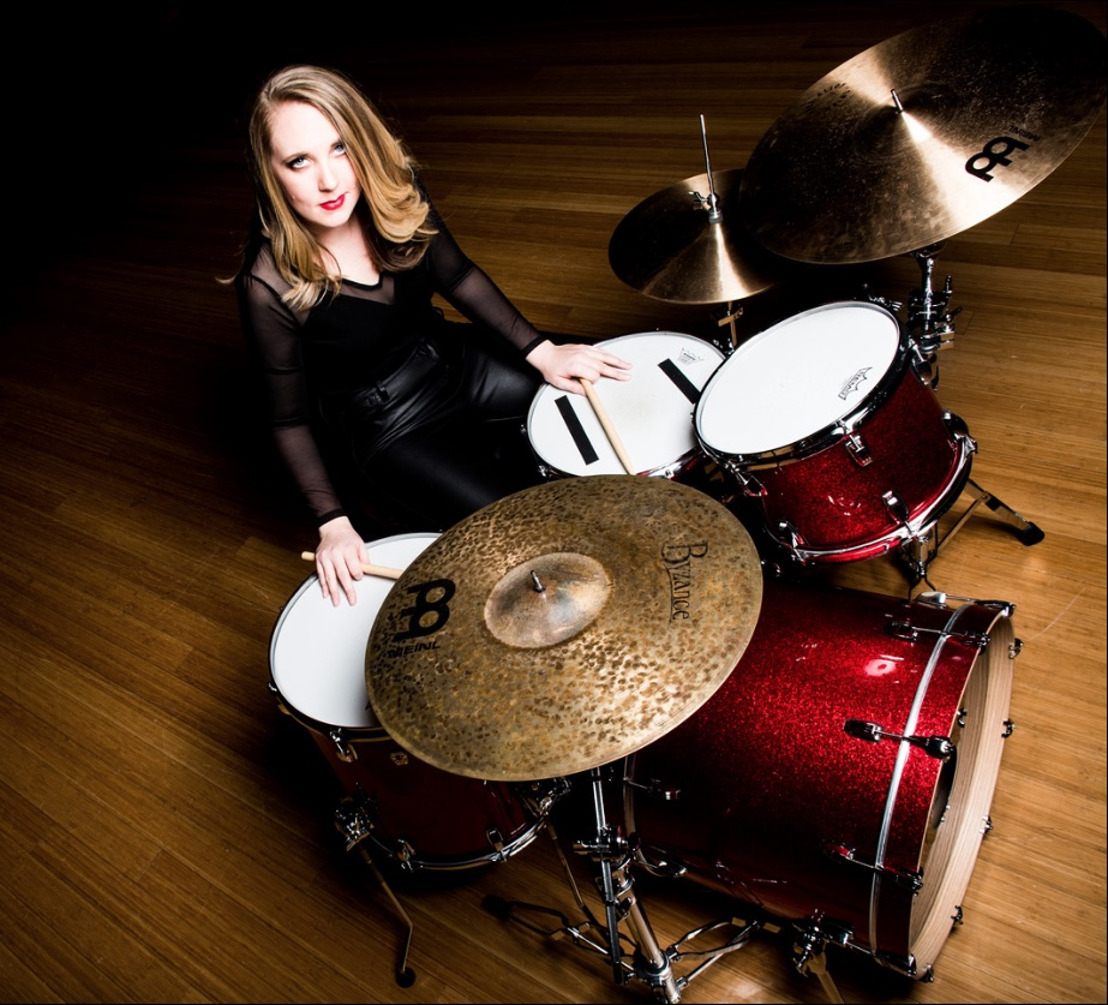 For Hornsby, it was clear from the beginning that West was more than just a friendly face on the salesfloor. “She subbed for [D’Virgilio,] on drums for a gig and it was immediately clear how talented she was,” Hornsby recalls. “It is uncommon to have such a wide ranging musical vocabulary and capabilities at that age.” The two kept in touch after West relocated to Los Angeles, but it was only a matter of time before she would eventually return to record her debut EP at Sweetwater.

Old School Vibe
Jordan West showcases West’s maturing song writing and sonic vision, which she honed while being an in-demand session drummer and film/tv composer. Preproduction on the project began with West demoing the songs in Pro Tools, and then collaborating with Hornsby by sharing them in the cloud and bouncing ideas off each other in real-time. These files provided the framework for the sessions and allowed West to focus her energy on the overall feel of the material. “Often I’ll record very comprehensive demos, but in this case, I wanted to go into the studio with more of a vibe,” West explains. “I wanted the experience of just being ‘the artist’ and trusting the session players to make meaningful contributions to the music.”

The session players for West were her former Sweetwater coworkers, including guitarist Don Carr, bassist Dave Martin, and keyboardist Phil Naish — West had played several gigs with all of them back when she lived in Fort Wayne, and had learned to trust their musicianship and creative instincts. “Once I’d shown them the changes, we tracked as much as we could together,” West says, “I’d let them come up with ideas for parts and then let those parts inspire me as we recorded.”

Hornsby’s role in the sessions saw him aiding the organic process by honing the parts and making sure that the sounds were clear and full. “It was like putting a band together and allowing things to be spontaneous.” Hornsby says, “My role was to be the conductor and make sure that whatever was happening was serving the song.” Hornsby tracked the sessions Sweetwater’s Studio A in Pro Tools, using Studio A’s Neve 6 board and monitored on ATC SCM150ASL monitors. All live instrumentation and vocals were tracked with a variety of DPA microphones.

Rhythmic Inspiration
Part of West’s genre-defying appeal is her unique mix of programmed and recorded rhythm tracks: an approach that she developed back when she first came to Sweetwater. “Real sounds have always been a part of my thing and I used to hate the sound of digital drums,” West says, laughing. “But at Sweetwater I fell in love with the sounds of the different Roland units and I knew I had to make them a part of what I wanted to do.” West tracked her live drums on a Ludwig Keystone kit.

When it came time to add digital percussion, she and D’Virgilio used a mix of Roland units, including the Octapad and SPD One to add that extra flavor. The resulting music combines West’s love of classic songwriting with a distinctly modern feel in a way that is both fresh and familiar.

Hornsby is proud of the finished product.  “You don’t listen to that EP and automatically compare it to someone else,” he says, “Combining that old school process with the more modern production sensibility really made the music something special.” For West, she was able to work with trusted musical collaborators on a project that is undoubtedly a crucial step in her artistic growth. “I wanted to do a project with all of these people who’d become a musical family to me,” she says, “and recording at Sweetwater helped me find my sound, which is the ultimate goal of any artist.”